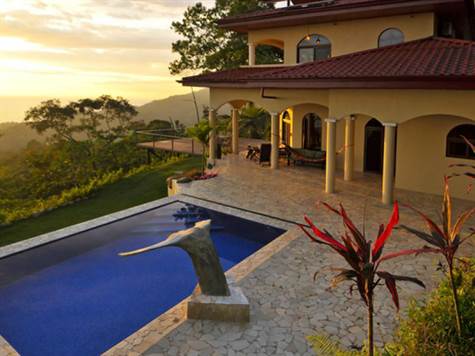 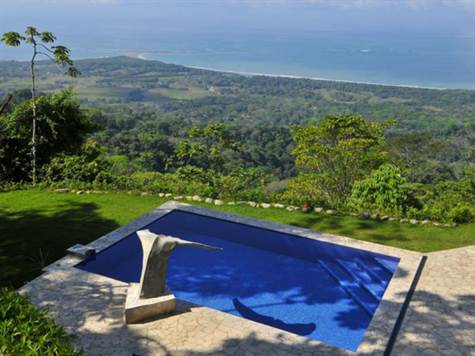 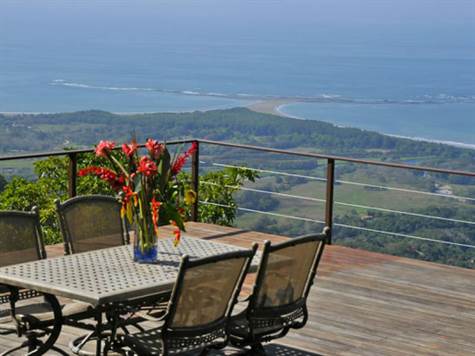 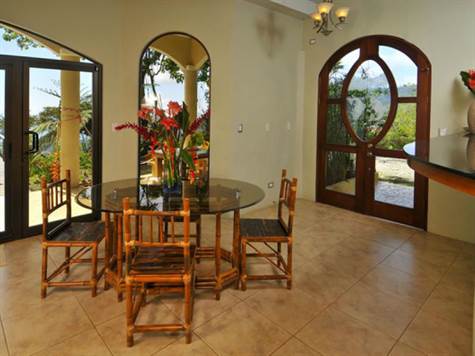 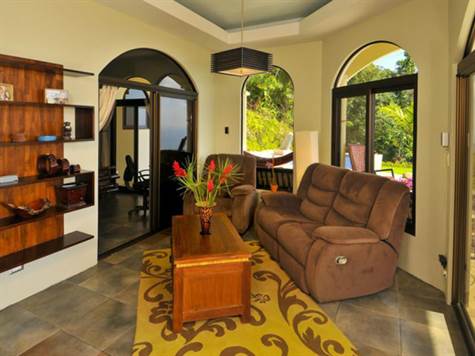 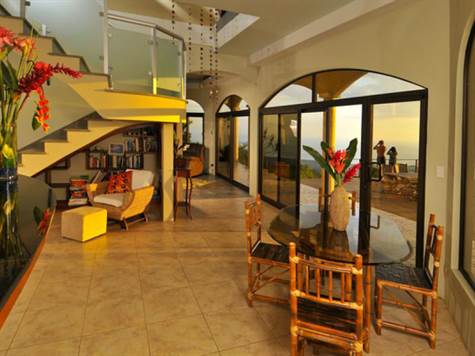 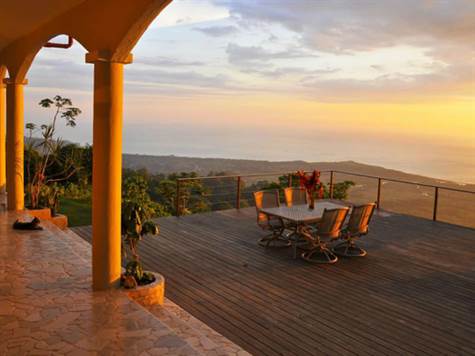 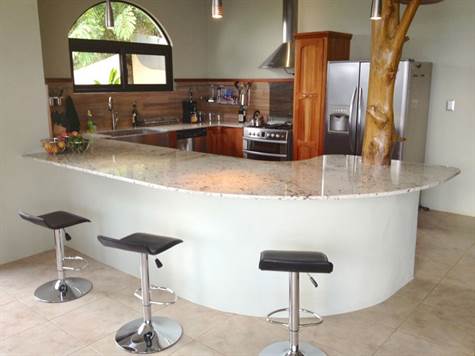 Situated on one of the most stunning lots overlooking the Whale’s Tail
above Uvita in the neighborhood of Bejuco, this well built home features a partially paved turn
around driveway, extensively engineered underground and above ground drainage and
retention systems, mature landscaping with a wide variety of producing trees, including Lime,
Mango, Guava, Guayaba, Mamones, Avaocado, Coconuts, Pineapples, Bananas, Llang Llang, and
many more. There are several locations where a small guest house could be built on the
property, both above the driveway and on an uncleared area of the property to the South.
The house was constructed using a hybrid Covintec system. It is lighter, stronger,
and deeper than traditional construction and is essentially bulletproof engineering. It is 3 times
stronger and 30% lighter than block. Roof is constructed of 4x4” welded box beams. The whole
house is virtually a solid pour of concrete around reinforced earthquake resistant structural
insulation. The house has two foundations, as the first one was not up to the owner’s standards.
The entire footprint was widened. 28 Columns that are 1mx1m go between 3 to 5 meters deep
and are heavily reinforced with rebar. Connected by concrete seismic beams, and reinforced
concrete columns. The house has been through some of the most intense rain storms and
earthquakes in half a century over the past 9 years, and we sleep well knowing that there is not
so much as a surface crack! The house, while extremely light and strong, is overbuilt and
engineered so that every drop of water is controlled. The style is a Spanish Modern,
incorporating many arches and a Whales Tail theme. There is truly not a better view of the
Whale’s Tail in existence. The main house was begun in 2005 and completed in 2007. The house
is 304.2 sq meters, or 3275 sq feet.

P2#155536318
top
Information is deemed to be correct but not guaranteed.
Seller Login