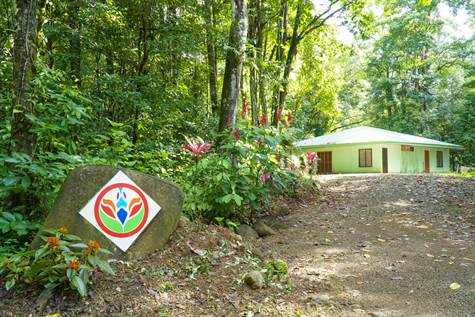 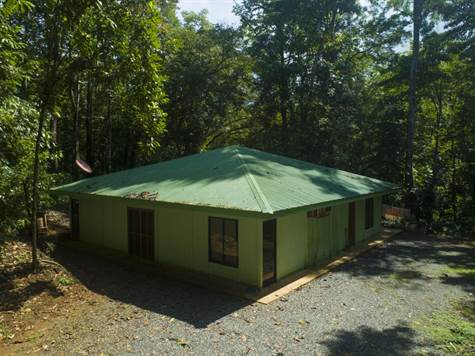 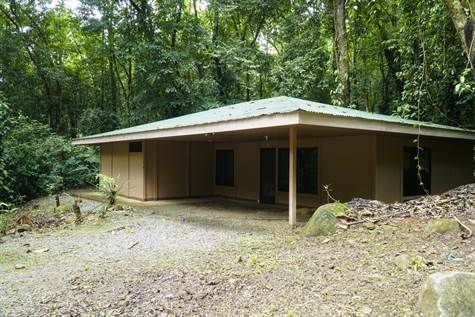 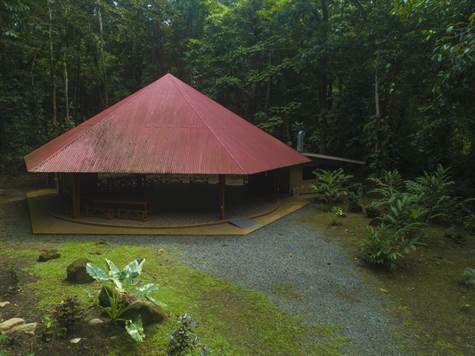 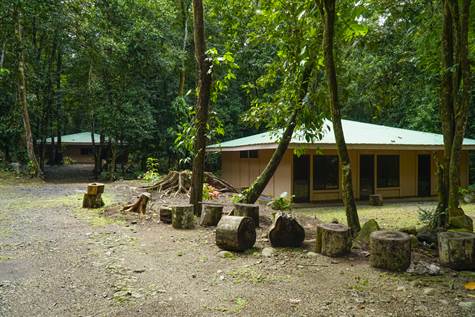 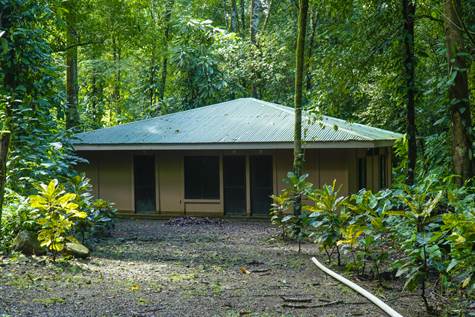 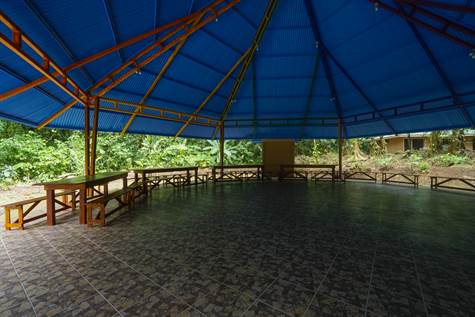 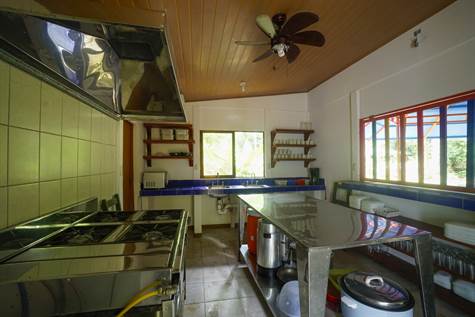 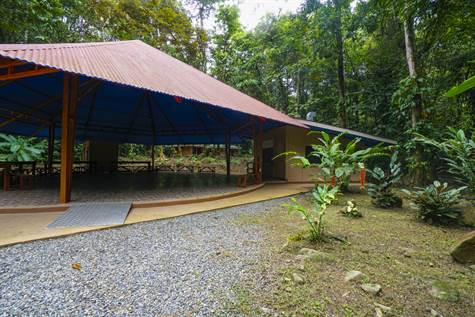 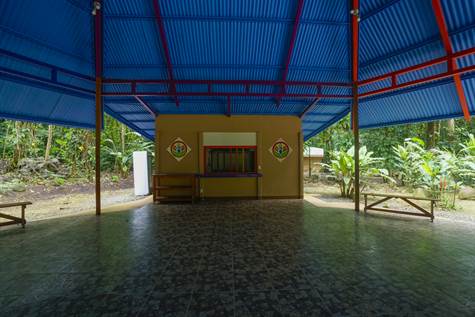 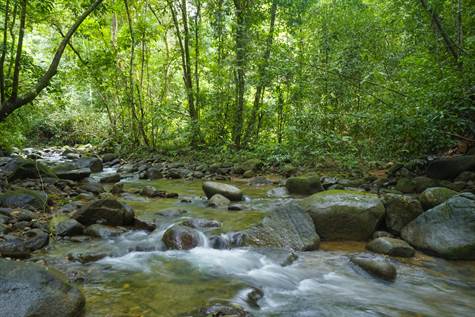 There is a large Administration Building at the entrance from the road, which contains a very large area flexibly designed and usable for large gatherings such as conferences, or can be partitioned for separate classrooms. It also includes an air-conditioned library/storage room, three internal bathrooms, including handicap accommodation, and a reception room which could also be used as an office. There is also a corner unit which has been used as the guardian’s quarters with outdoor kitchen, but could be used for any purpose.

Nestled below in the jungle are 7 buildings. The “Rancho” is a covered open large gathering space usable for outdoor gatherings such as eating, socializing, meetings, presentations, or relaxing. It includes a commercial kitchen with accommodations to serve 100 people. For large presentations, it can accommodate up to 250 people. In 2015, Jane Goodall spoke there to an audience of 240. The six living/sleeping buildings include rooms to house 60 people, two per room with private shower and bathroom. There are also two large apartment size VIP rooms with a kitchenette, sitting room, and two bedrooms each.

P2#292432944
top
Information is deemed to be correct but not guaranteed.
Seller Login