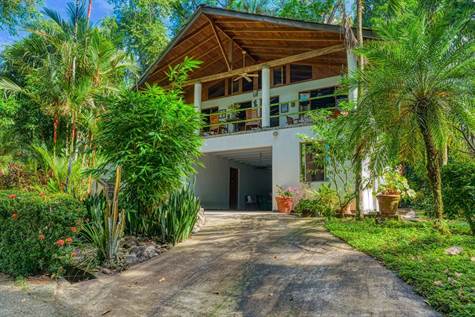 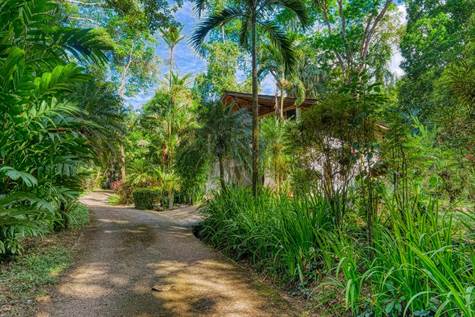 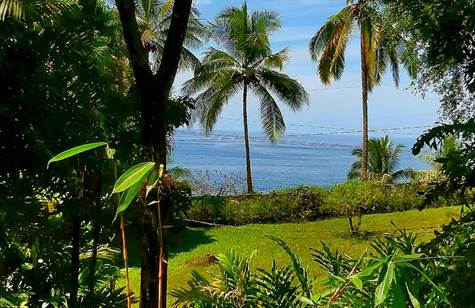 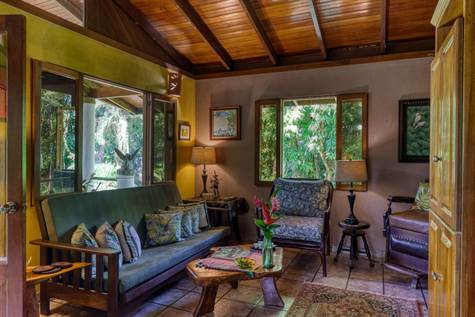 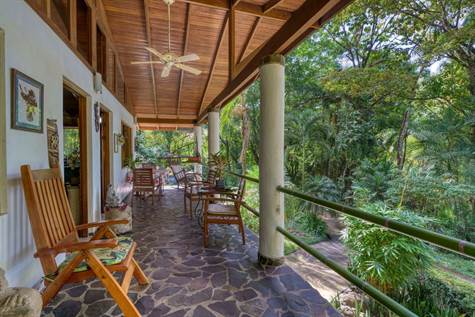 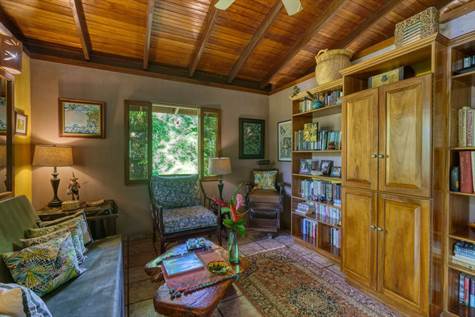 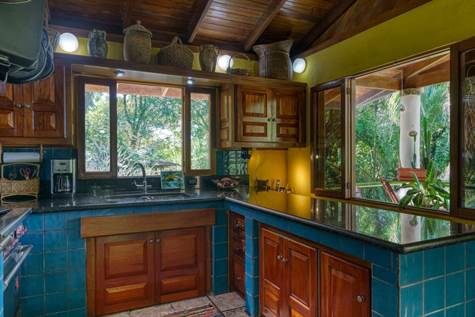 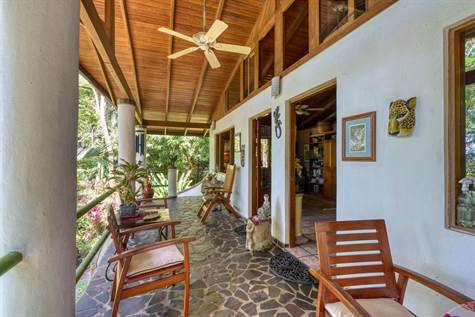 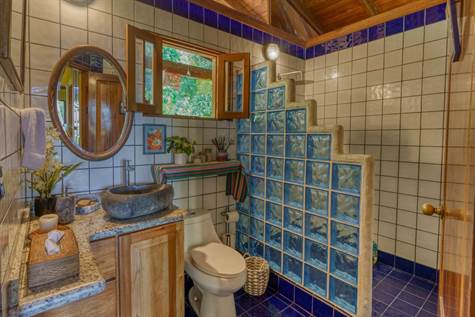 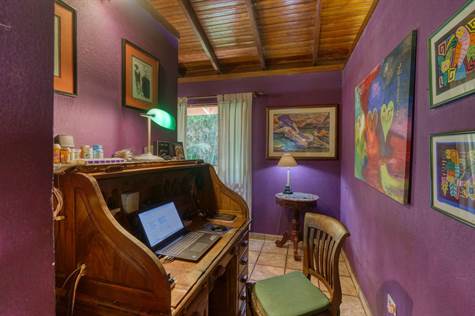 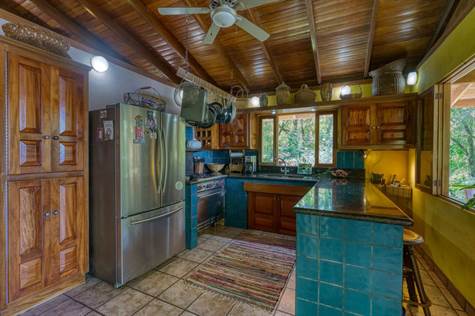 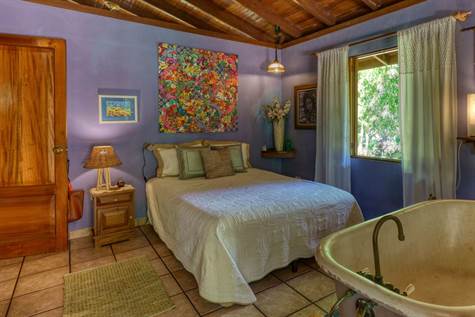 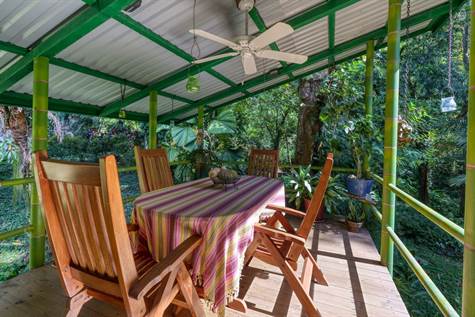 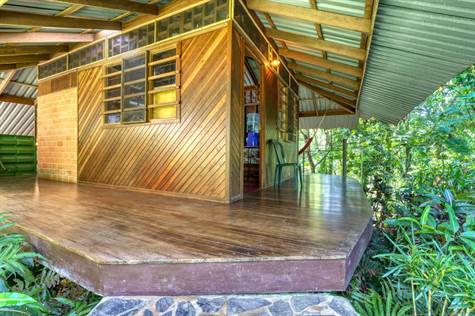 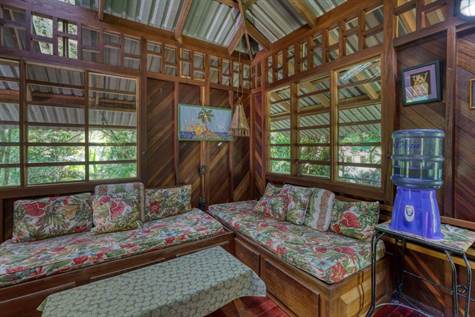 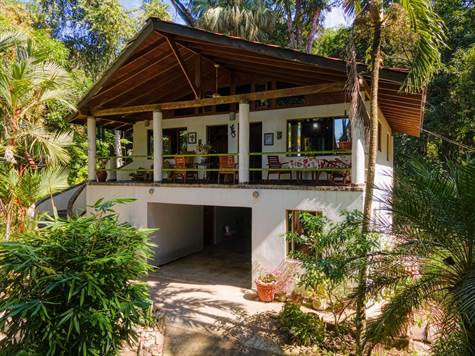 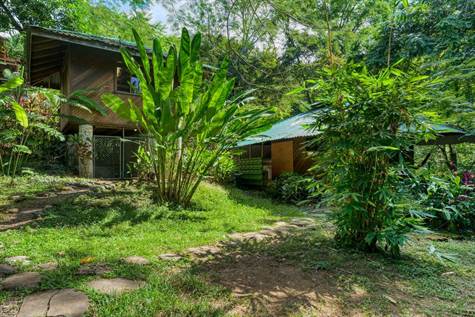 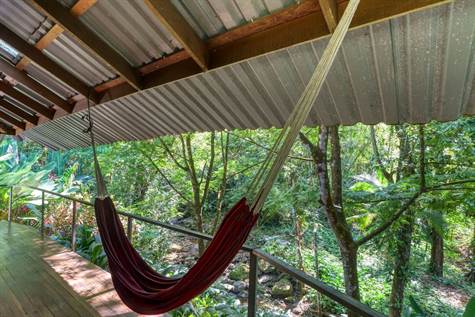 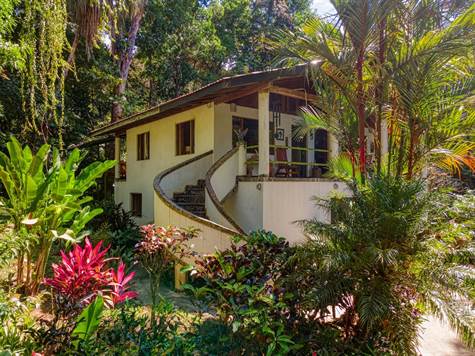 This unique property was initially purchased by the seller in 1993 and has been their primary residence ever since. The property, which consists of a main ocean view home with two cabins, sits between two creeks on approximately 2 acres. The seller’s dream started in the late 1980s when they came to Costa Rica on a short vacation. They loved the Dominical area for its laid-back, bohemian feel. As they drove south and viewed the beautiful coastline, it reminded them of California's Big Sur but tropical.

They initially built their first cabin on the property in a precious old-growth jungle located to the rear of the parcel. The cabin became known as the “Robinson Crusoe dwelling.” A small but comfortable cabina with a wrap-around deck that hovers over a creek that runs all year round. The bedroom, which is separate from the cabin, has a treehouse feel.

The seller, being a Jack of all trades and a California-born master carpenter, was able to focus on his family’s dream home as they comfortably resided in the “Robinson Crusoe” cabin. Every bit of the main house, “Casa Selva,” is a labor of love. Unique and one of a kind. The seller wanted simplicity and to be part of the jungle and to not be removed from it in any way. They did not want to disturb the incredible wildlife or the precious trees that have always been the natural pathway for so many local creatures.

The main residence “Casa Selva" is a solid concrete block constructed home that will last the test of time but still has a very open feel like the surrounding rainforest. Throughout the years, the seller has made numerous upgrades to the home and two additional cabins. But Casa Selva remains in its own glorious bubble enveloped my nature.

The second cabin, “The Howler Hut,” was built to accommodate a small family and is also entirely unique. The many guests throughout the years have often enjoyed sitting on the deck to sightsee the abundant wildlife that passes through the property. This cabina is called “The Howler Hut” for a good reason. The dry season brings a plethora of birds of all kinds, including Toucans and Scarlet Macaws, Monkeys, both Howlers and Capuchins even an occasional Squirrel monkey. Coati, iguanas, Jesus Christ lizards, and more can also be seen on a daily basis.

The main home and two additional cabins are within walking distance of a wonderful secluded beach. Located between Dominical and Uvita, the property is minutes away from many beaches, surf spots, waterfalls, grocery stores, and restaurants. Access is very easy for guests as the property does not require a four-wheel-drive vehicle.

P2#439293693
top
Information is deemed to be correct but not guaranteed.
Seller Login